That last post photo of y/our lady was taken last summer when we were on site down at the bull wall, repairing the damaged base .

Unfortunately it was damaged last year, someone thought it would be a good idea to rob the 'E' from the realistically placed compass points .... 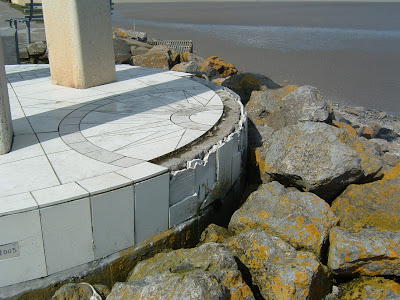 then they took the 'S' 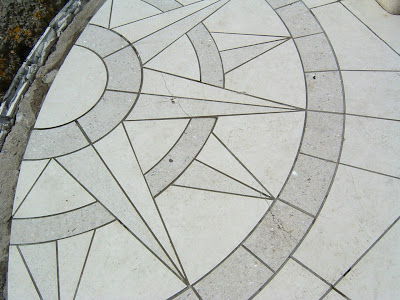 It was decided the best option would be to remove all the edge and riser tiles , Re-cement the edge with a cement and shell aggregate (collected from the beach) and this was to mirror the baltic tile we used in compass point . 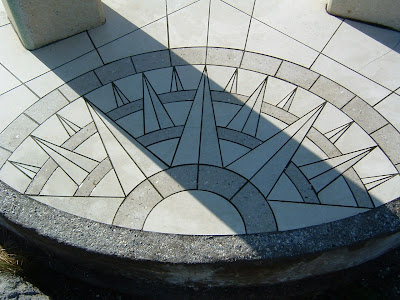 I'm really happy with the finished look, It has a hand-made feel to it which I really like ( the original tile riser edge looked too much like a 'tiling job' ) but there is still a hardness about it that I don't like , that raw cement riser edge needs softening. We've asked Dublin Port to move the boulders around the site closer to the edge ,that hasn't happened yet but 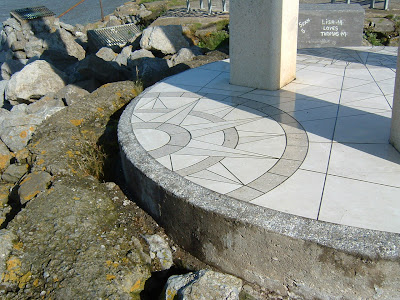 I think it will just be a matter of time and nature will take its course. I would love see more of the wild flowers that do appear in that wilderness 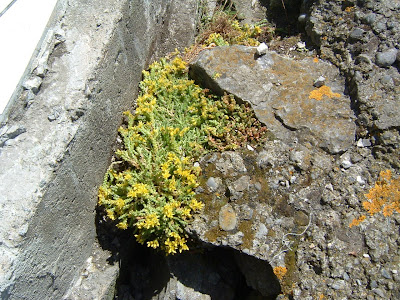 and i've been adding some soil whenever I visit in the hope of encouraging that , I also would love to see this yellow moss thats on the surrounding rocks growing over the base. 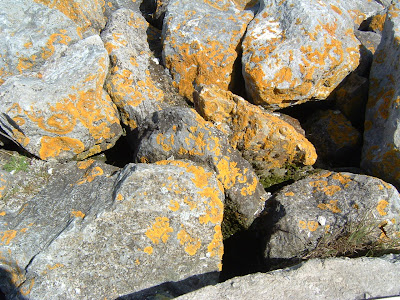 My original inspiration for the design was based on old dublin port maps , I love the idea of this piece ageing and cracking like those old maps .